12 directors of the Economic and Financial Crimes Commission (EFCC) have been suspended by President Muhammadu Buhari.

The Minister of Justice and Attorney-General of the Federation, Abubakar Malami, wrote the anti-graft agency’s acting chairman, Mohammed Umar, to direct the affected directors to proceed on suspension immediately.

The order comes over a week after the commission’s long-time acting chairman, Ibrahim Magu, was arrested on suspicion of corrupt practices and insubordination.

Since he was arrested and detained on July 6, 2020, Magu has been facing a Presidential Panel questioning him about his stewardship of the anti-graft agency.

A source told The Punch that the panel requested the suspension of the EFCC directors to enable it carry out a thorough investigation into the activities of the commission, without undue interference. 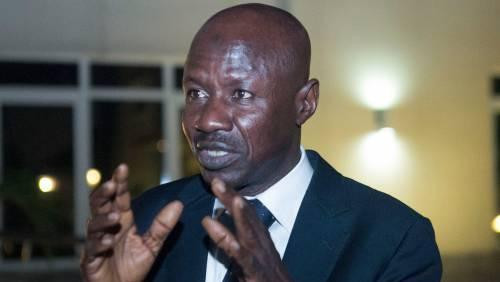 Ibrahim Magu is currently under probe by the presidency [EFCC]

Magu, a Commissioner of Police, has denied all allegations against him, and expressed his sadness at being treated like a “common criminal”.

He faces accusations of misappropriations of funds, and the illegal disposal of assets recovered from corruption cases.

Magu has been the EFCC’s acting chairman since 2015, with his appointment rejected twice by the Senate due to a damaging report written by the Department of State Services (DSS).

The DSS report had accused him of sabotage, unauthorised removal of EFCC files, and acts unbecoming of a police officer.